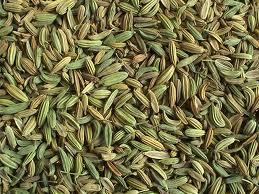 Fennel belongs to the family of Apiaceae (formerly the Umbelliferae). It is native to south Europe and the Mediterranean region and cultivated mainly in India. Fennel is widely cultivated, both in its native habitat and elsewhere, for its edible, strongly, flavored leaves and seeds. The flavor is similar to that of Anise and star Anise, though usually not so strong. The taste of Fennel varies from sweet to slightly bitter.

Fennel is an essential ingredient in the culinary traditions of the world. Fennel is also used as flavoring in natural toothpaste. Some people employ it as a diuretic, while others use it to improve the milk supply of breastfeeding mothers. It is very common ingredient in Italian Sausages and northern European breads as well as Italian and German Salads. It is also widely used in Arab & Chinese cuisines and Ayurvedic medicines because of its various clinical effects

Made with ♥ by metR Technology