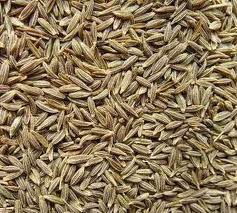 Cumin (Cuminum Cyminum) is a flowering plant from the family Apiaceae. Cumin seeds are used in perfumery and as flavoring agent in a variety of cuisines. In India, Cumin is sown from October to November and harvested in February. Fresh crop generally reaches the markets during March. Gujarat is the main trading centre for Cumin seeds in the country.

Global output of Cumin is around 2.2 lakh MT per year, of which India produces about 1.5 lakh MT per year. Gujarat and Rajasthan are the major producers of cumin seed in India. Global export demand is about 30,000 MT per year. India exports Jeera mainly to the US, UK, UAE, Japan, Brazil, Bangladesh, Singapore and many other countries.

India being the largest producer and consumer, the price of Cumin is mainly determined by following:

We have established ourselves among the reputed Whole Cumin Seeds & Powder Exporters form India. We offer a wide range of Cumin Seeds in different varieties and qualities as per the requirement of our trusted customers.

Made with ♥ by metR Technology